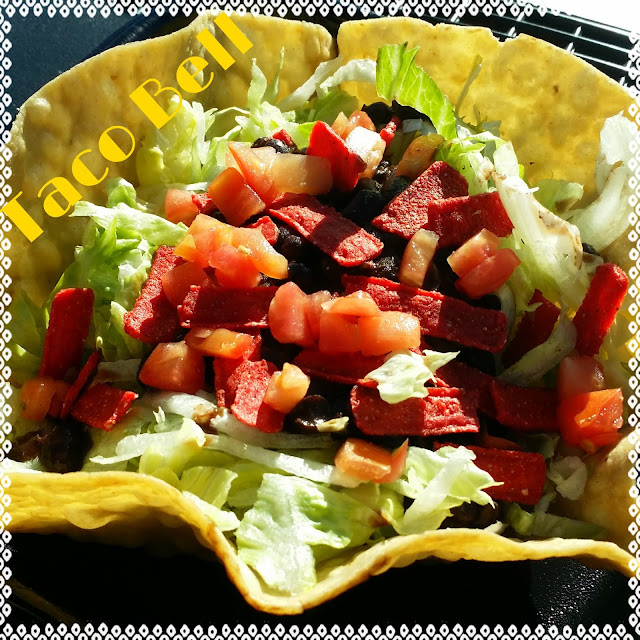 Truth be told we don't eat out often. First off we live in northern Michigan where most of the restaurants question whether  fish or eggs are vegan. We have a couple restaurants including the co-ops deli that has vegan offerings but they range from too expensive ----> we can make it far better at home for far less cost. Plus you always run the risk of biting into a slab of bacon on you cheese free veggie pizza, I couldn't tell you how many times this has happened to me. Which is strange because I've been kosher for more years than not and never had this issue until I used the words "vegetarian" with a dairy allergy or "Vegan" when placing the order.

Pizza woes aside one thing we do get when rushing or simply NOT wanting to cook is taco bell. My favorite is the Taco Salad: black beans in place of beef, no cheese, no sour cream, add rice, potatoes if you're feeling super hungry and red sauce.

Taco Bell even has a "How to order vegan" link on their site, which is pretty awesome if you ask me!
Posted by n_selah_d at 5:51 PM 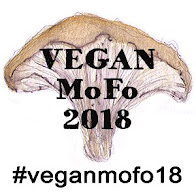